The following people have strongly influenced Eerikkilä’s development with their own valuable contribution and have been invited to join the Eerikkilä Hall of Fame. The first members, listed below, were inducted in 2019. 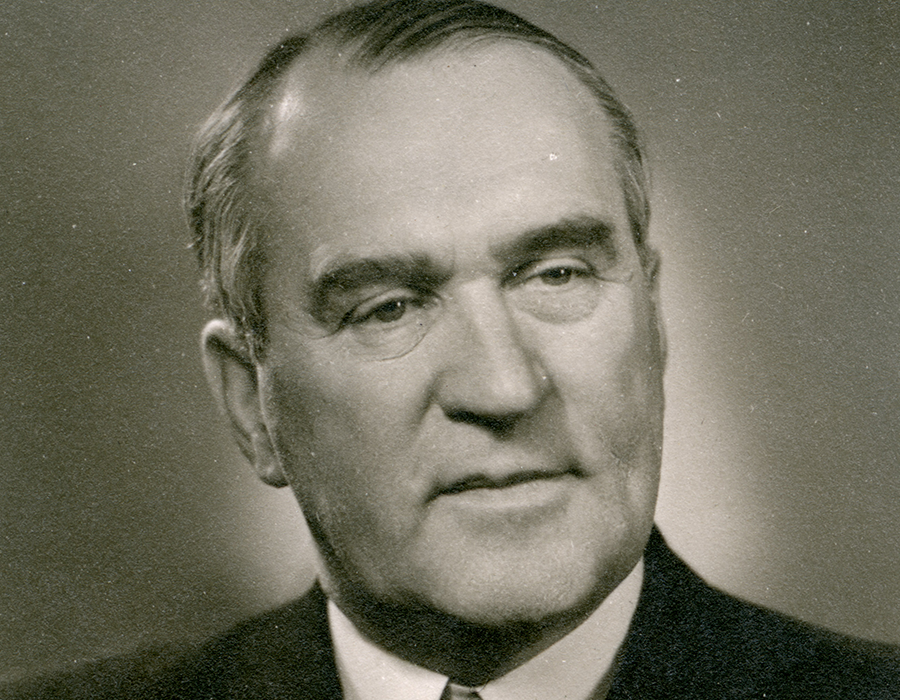 Creator of Eerikkilä and the most important background figure for the first decades of the centre. In the year 1945 he made Eerikkilä possible by selling 15 hectares of his land to the Football Association of Finland (FAF). The chair of the foundation Palloilu Säätiö 1952–1973 and as a member of the board until his death in 1977.

The most influential sports director in Finland’s history of sports. Lengthy career as the deputy mayor of Helsinki 1931–1955 and a member of the Finnish parliament 1927–1939, (“Erkki Everywhere”). The main factor in bringing the Olympic Games to Helsinki, Finland in 1952. Serving as the chair of the Olympics organising committee (1947–1952), he ensured that the enormous event was successfully organised. The first notable Finnish sports director: he served as a member of the FIFA board twice (1927–1932 and 1950–1954) and Finland’s member of the International Olympic Committee in 1948–1976. The chair of the Football Association of Finland for 34 years (1918–1952). In 1915, young von Frenckell built the first grass field for football in Finland, Pallokenttä in Töölö, Helsinki. 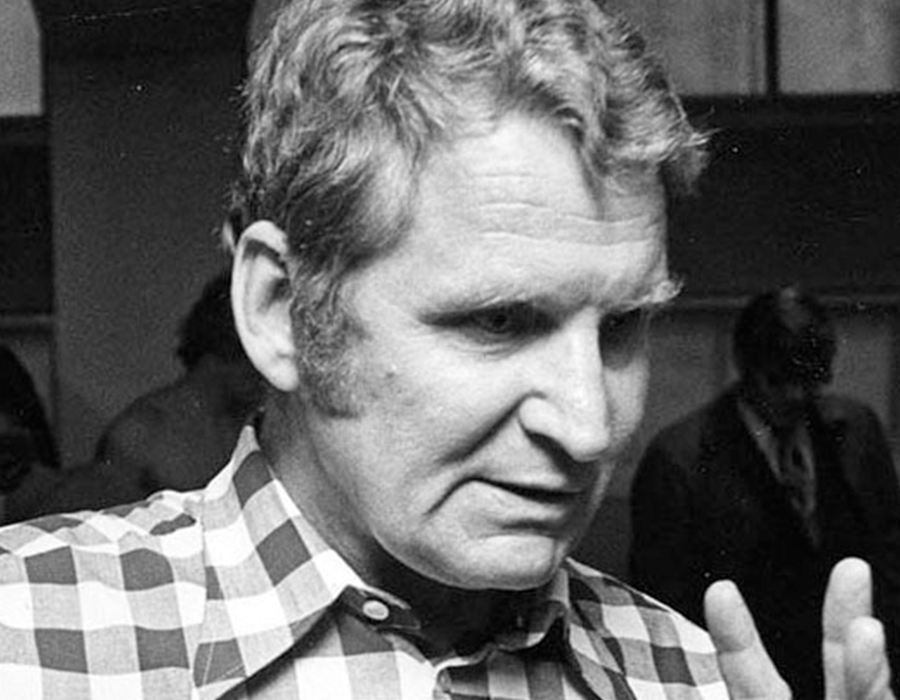 Longest-serving head Coach of Finland’s national football A-team (1962–1974). During this time he used Eerikkilä as a location for training camps. He also had an influence on how Eerikkilä was developed and was involved in building Eerikkilä’s first indoor football field in 1967. Fondly remembered in Eerikkilä for his organisation of winter camps for the national team. The camp programme included skiing and training on a sawdust covered field outside.

One of the pioneers of scientific football coaching and all-year training in Finland. Coached Finland in the unofficial Nordic championships in 1964 and 1966 and also in the World Cup qualifiers with the first victories over renowned football countries (Poland 1965 and Spain 1969). Prior to coaching played in the football team Turun Toverit and as a goalkeeper for the national team. Played in 21 international games and guarded the Finnish goal in, for example, the Olympic Games in Helsinki in the year 1952. 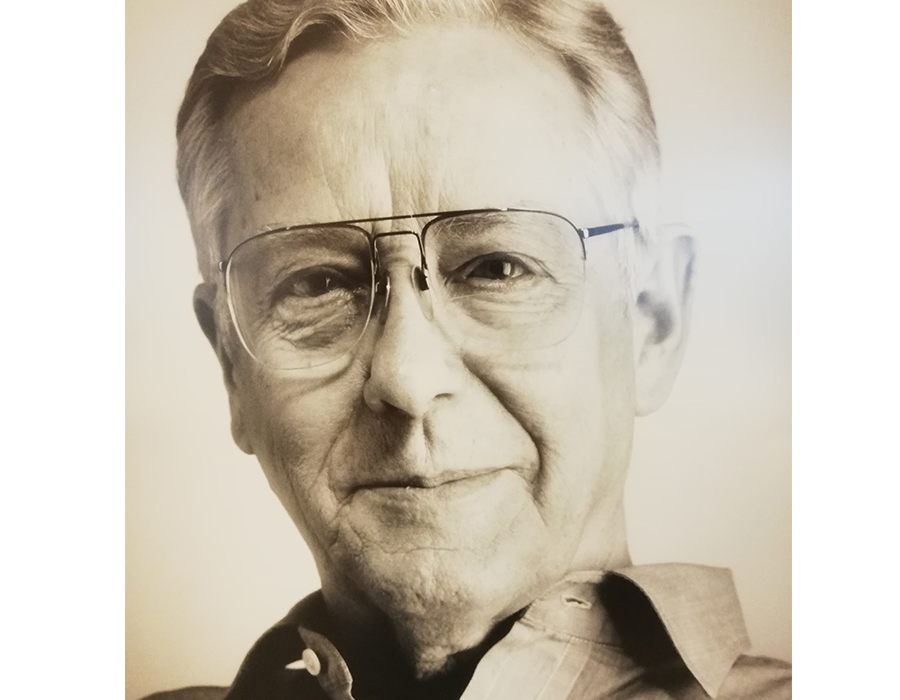 Erkki Poroila is one of the most significant figures in Eerikkilä’s history. He was a member of the board for over 30 years (1967–1999), 10 of which as chair of the board. He was a long-term official of the foundation Palloilu Säätiö. One of the architects of the conditions in Eerikkilä in the 1980s and the 1990s. Also played an important role in Eerikkilä surviving the serious depression of Finland’s economy in the early 1990s.

Military background as a colonel of the Finnish Armed Forces and a military attaché. After his career in the military he served as the secretary general of FAF 1966–1983. Especially known for his language skills and international connections that were very useful for Finnish teams during their trips to international matches. Had positions in various committees in FIFA and UEFA and served in international positions, for example as the press relations manager of the 1986 FIFA World Cup. 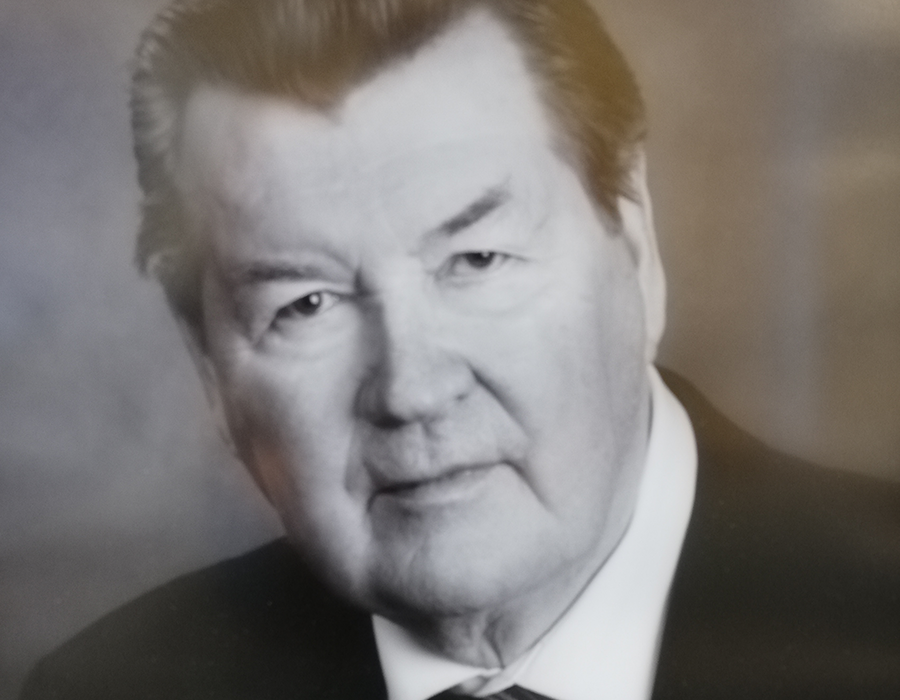 Mauri Miettinen was the chair of Palloilu Säätiö 1982–1999 and a member of the board since 1978 for almost 40 years. Very important person during the process of listing Eerikkilä as a state funded college in the early 1980s. As the chair of the foundation, guided Eerikkilä during the financially difficult period of depression and was involved in the construction project that was vital for the development of Eerikkilä; the full-size football hall that was built in 1998.

Forest officer by education, also had a long career in politics: member of the Finnish parliament 1972–1993 and during that time chaired the Legal Affairs Committee, the Defence Committee and the Parliamentary Supervisory Council, among others. He was the Finnish minister of Social Affairs and Health 1990–1991. Governor of Kymi county 1993–1997. An important figure in many fields of sports, had positions in the executive committee of FAF, the Central Council of Finland’s National Sports Federation and the Finland’s Sports Council to name but a few. 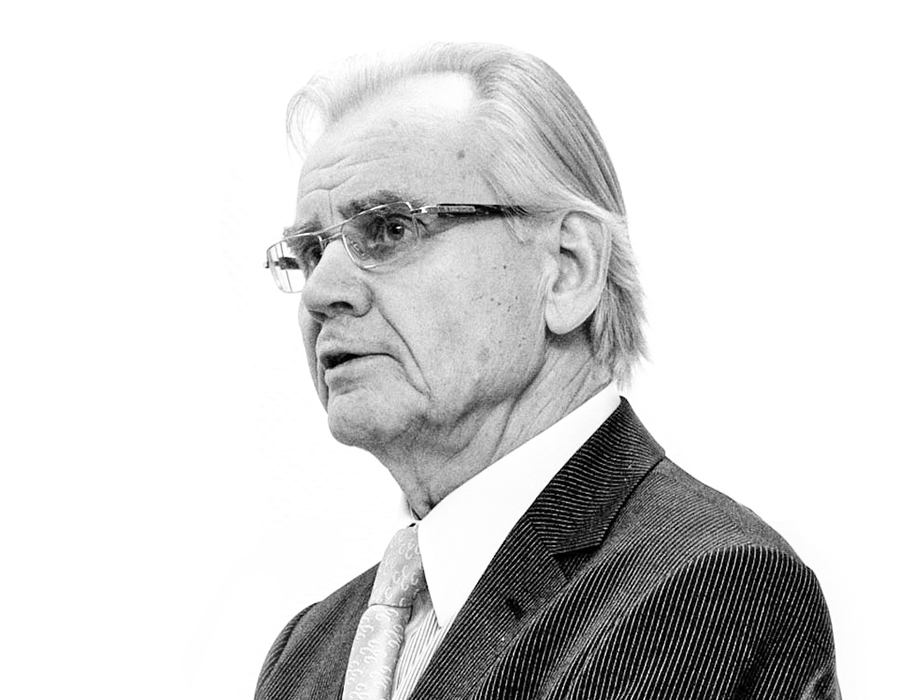 Pentti Seppälä acted as the chair of the foundation Palloilu Säätiö 2000–2014 and as a member of the board since 1989. Involved the construction of a full-size football hall in Eerikkilä in 1998. Elected as the chair of Palloilu Säätiö in 2000 and served in that position during the years of intensive growth and investing in the early 2000s. During the time Seppälä was the chair of the board, the new coaching and research centre Sami Hyypiä Academy was founded in Eerikkilä. The Academy has had a significant impact to the coaching of young football players in Finland. 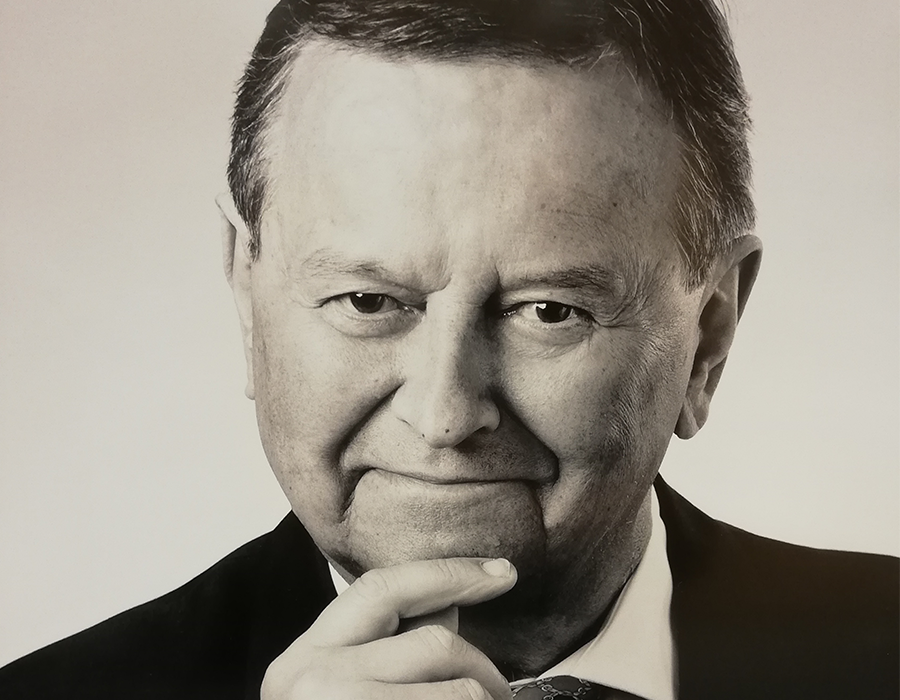 Several positions of trust in FAF from the 1960s to the 2000s, including member of the Central Council and Complaints Committee. Representative of Tampere to the FAF Conference on several occasions. Awarded Finland’s sports culture and athletics’ Cross of Merit, appointed as a life member of FAF. Reserve major, worked in the insurance business for the company Pohjola. Also a long-time football announcer in Valkeakoski and Tampere. 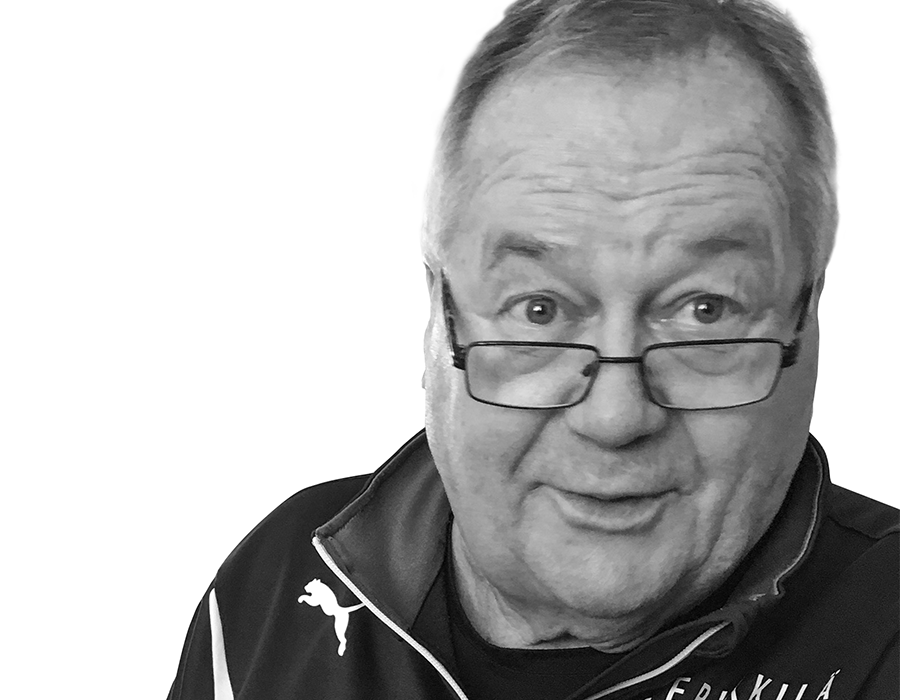 A regular in Eerikkilä for several decades. Got to know Eerikkilä as a football player, partially as a player in the national team coached by Olavi Laaksonen. Participated in the Finland’s victories in the unofficial Nordic Championships in 1964 and 1966. Played 26 international games and scored one goal.

After his career as a football player, served many years as a coach of the national team. From the 1970s to the 2000s coached different age groups of boys’ national teams and the women’s and men’s national teams. Cooperated with Aulis Rytkönen in 1976–1978 in the latter position. Also was a youth manager in FAF and the Head Coach of men’s national futsal team. Chosen as the Football Coach of the Year in 1981, the first year of this award. He was awarded the Captain’s Ball in 2008 for his long career in the field of football. 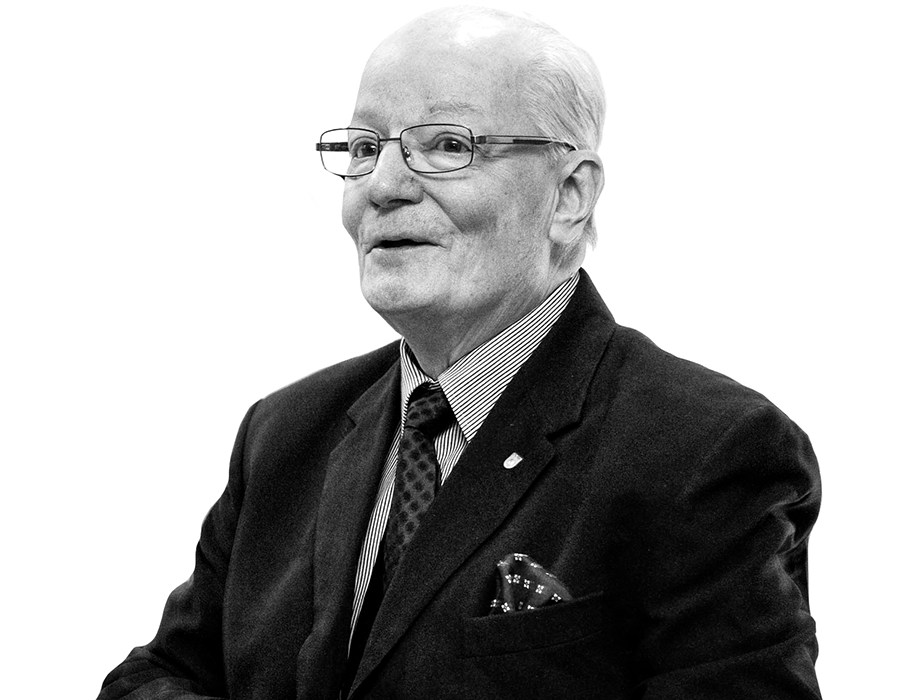 Before FAF he had different positions, for example in the Helsingin Palloseura football team, and was a long-time volunteer for the Helsinki Cup organisation. Yliharju was awarded the Captain’s Ball in 2006 and he was granted life membership of FAF in 2014. He worked in Helsingin Puhelinyhdistys (HPY), serving 35 years as head union representative.