Erik von Frenckell is born on 15 November 1887 in Helsinki in an upper class family. He is the youngest of five children of Carl Theodor von Frenckell and Fanny Lovisa Ehrnrooth.

Carl Theodor von Frenckell dies after naming August Ramsay, former headmaster of Nya Svenska Läroverket, as guardian of his son. Erik’s financial assets will be under Ramsay’s control until he turns 25. Erik’s mother Fanny dies in 1906.

Leaves Finland to study at the technological university of Dresden. While living in Germany practices many different sports from field hockey to ski jumping and athletics to bobsleighing. Also gets involved in sports management and develops interest in automobiles and aeroplanes. Often has to ask his guardian August Ramsay for more money for costly sporting trips in Europe.

Earns his engineering diploma in Dresden and marries Ester-Margaret Lindberg. On return from honeymoon in Scotland attends the Stockholm Olympic Games. Moved and impressed by Finnish medal successes, begins to dream of Finland hosting the Olympic Games. Starts work as an engineer at an electronics company near Dresden.

Appointed vice-director of the Helsinki subsidiary of the electricity company AEG and returns to Finland after eight years living abroad. Joins the sports club HIFK. After watching his first football match in Helsinki played on a gravel pitch decides to build a grass pitch on a lot used by Russian soldiers as a cabbage field in Töölö area.

Töölö Football Stadium is opened in September and soon establishes itself as the main venue for football in Helsinki and home base of the Finnish national team. Von Frenckell experiences a personal tragedy as first child Erik dies soon after birth.

Elected President of the Finnish Football Association. During the Finnish Civil War in spring 1918 goes to Stockholm to procure loans and donations from Swedish banks for the White army. Participates in battles as lieutenant in the White artillery. After the war co-founds Suomen Sokeri Oy by consolidating six Finnish sugar mills into one company. Also works as Finland’s commercial attaché in Berlin, aiming to stabilise trade relations between Finland and Germany.

Named chairman of the newly founded sports committee of Helsinki city, which marks the beginning of a decades-long career as influential background figure in the sports life of the Finnish capital. Becomes member of the Finnish Olympic Committee and of a state committee for the planning a national sports institute. Gets more involved in motor sports as founder member of the Finnish Automobile Club. Later serves as its president between 1936 and 1956.

Co-founds the limited company Oy Stadion Ab as a first serious attempt to build a national stadium for Finland. The venture falls through as only a third of the capital can be raised.

Appointed board member of the Bank of Finland. Builds extensive international business connections and promotes Finnish trade interests on his travels around Europe and the United States in the early 1920’s.

Raises profile in international sports by hosting the annual FIFA congress in Helsinki. Elected member of the FIFA Board.

Buys Saari manor and its 1,500-hectare lands from Victor Eugen de la Chapelle. Elected to the parliamentary board that controls the Bank of Finland; serves as its chairman until 1939.

Leases a scenic area in the lands of Saari manor to the regional museum foundation, which leads to the founding of a folk park. Stands down from the FIFA Board due to time constraints; instead of international football redirects his interests towards the Olympic Games, the Olympic Stadium and Helsinki municipal politics.

Two great personal dreams come to fruition: the Olympic Stadium is inaugurated and the 1940 Olympic Games are awarded to Helsinki after Japan relinquishes hosting rights due to its war with China. Also suffers two personal disappointments, as is not appointed to lead the Organising Committee and fails to be nominated for Finnish member of the IOC. Attracts international attention by suggesting that the Olympic Games should be opened for professional athletes.

Leads negotiations between the Finnish FA and the Workers’ Sports Federation, resulting in a historic first co-operation agreement across the political divide in Finnish sports. Loses his seat in the Parliament in the elections. Serves as head of Helsinki civil defense during the Winter War of 1939–40.

The Organising Committee of the Helsinki Olympic Games is forced to relinquish the Games due to the World War.

Leads the evacuation of Porkkala area, which is leased to the Soviet Union as a military base; shows great organisational skills by conducting the operation in only ten days. Enables the transfer of the bus and tramway company to the city of Helsinki, which creates the basis of public transport system in the capital. 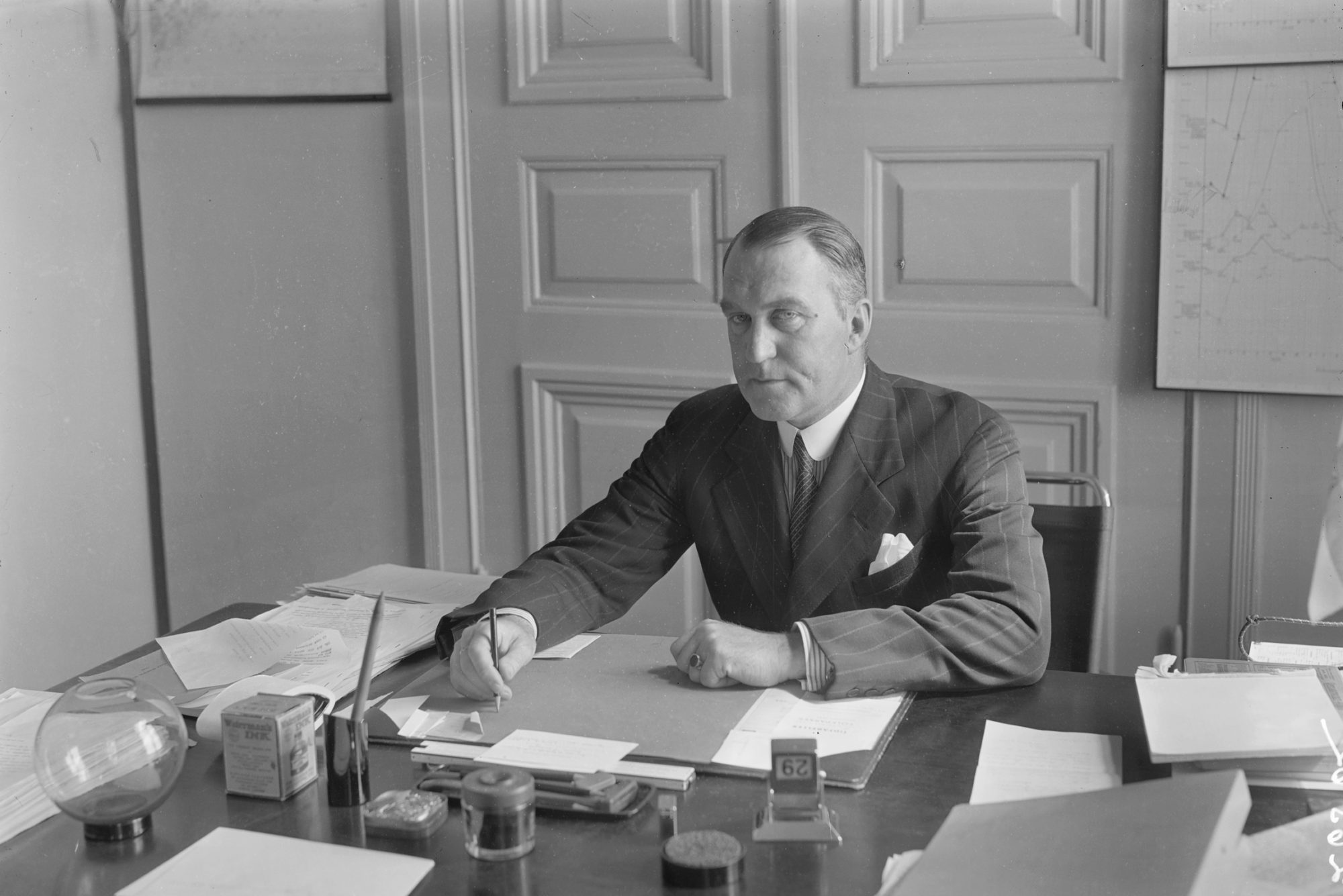 Sells parts of Saari manor lands to the Finnish FA and the Finnish Automobile Club, both chaired by him, for public recreation purposes. Divides the remaining lands between himself and his daughters to prevent forced appropriation for resettlement of Karelian evacuees.

Appointed chairman of Helsinki city traffic committee (1945–1960). Seeks to develop rail transport connections between the city and its suburbs.

Leads Helsinki’s bid for the 1952 Olympic Games to successful conclusion by first procuring full support of the city and Finnish state and then using his diplomatic skills to persuade enough members of the International Olympic Committee to vote for Helsinki in the IOC Session in Stockholm. Appointed as chairman of the Organising Committee as a self-evident choice. Finally gains membership of the IOC in 1948; will serve as member until 1976.

Leads the preparations for the 1952 Olympic Games, which leave a permanent legacy. The sports venues, the Olympic village, Seutula airport and the Olympic boat terminal are major improvements in the infrastructure of Helsinki. The towns of Tampere, Turku, Lahti and Kotka are given up-to-date football arenas, and facilities for modern pentathlon are built in Hämeenlinna. Most of the venues of the 1952 Games are still in use.

Eerikkilä Sports Institute (present Eerikkilä Sport & Outdoor Resort) is inaugurated on the land owned by the FA on the north shore of lake Ruostejärvi. The Automobile Club builds a motel on its land nearby at Leppilampi.

Elected again member of the FIFA Board, where this time serves a term of four years. Also returns to the board of the sugar company Suomen Sokeri Oy and serves as its chairman until the year 1966.

The Helsinki Olympic Games are held between 19 July and 3 August 1952. Almost 5,000 athletes arrive from 69 countries, including the Soviet Union for the first time, to make the Helsinki Games the largest and most inclusive that far in Olympic history. The organization receives wide international acclaim, enhancing Finland’s good reputation as a host of major sports events.

Stands down from the presidency of the Finnish Football Association after 34 years of service. Becomes chairman of Palloilu Säätiö, the foundation that takes over Eerikkilä from the FA.

Becomes founder member and first chairman of a foundation that aims to build artificial ice rinks in Helsinki. Receives the honorary title of Mayor. Attempts to run for FIFA President but files his candidacy too late to be admitted to the race.

Ends his career as Helsinki city official after reaching retirement age. Continues to serve as chairman or member in dozens of associations. Maintains special interest in the international Olympic movement, Helsinki city affairs and Eerikkilä.

Elected again to Helsinki City Council and serves for one term of four years.

Serves as Finland’s head commissioner at the Brussels World’s Fair. 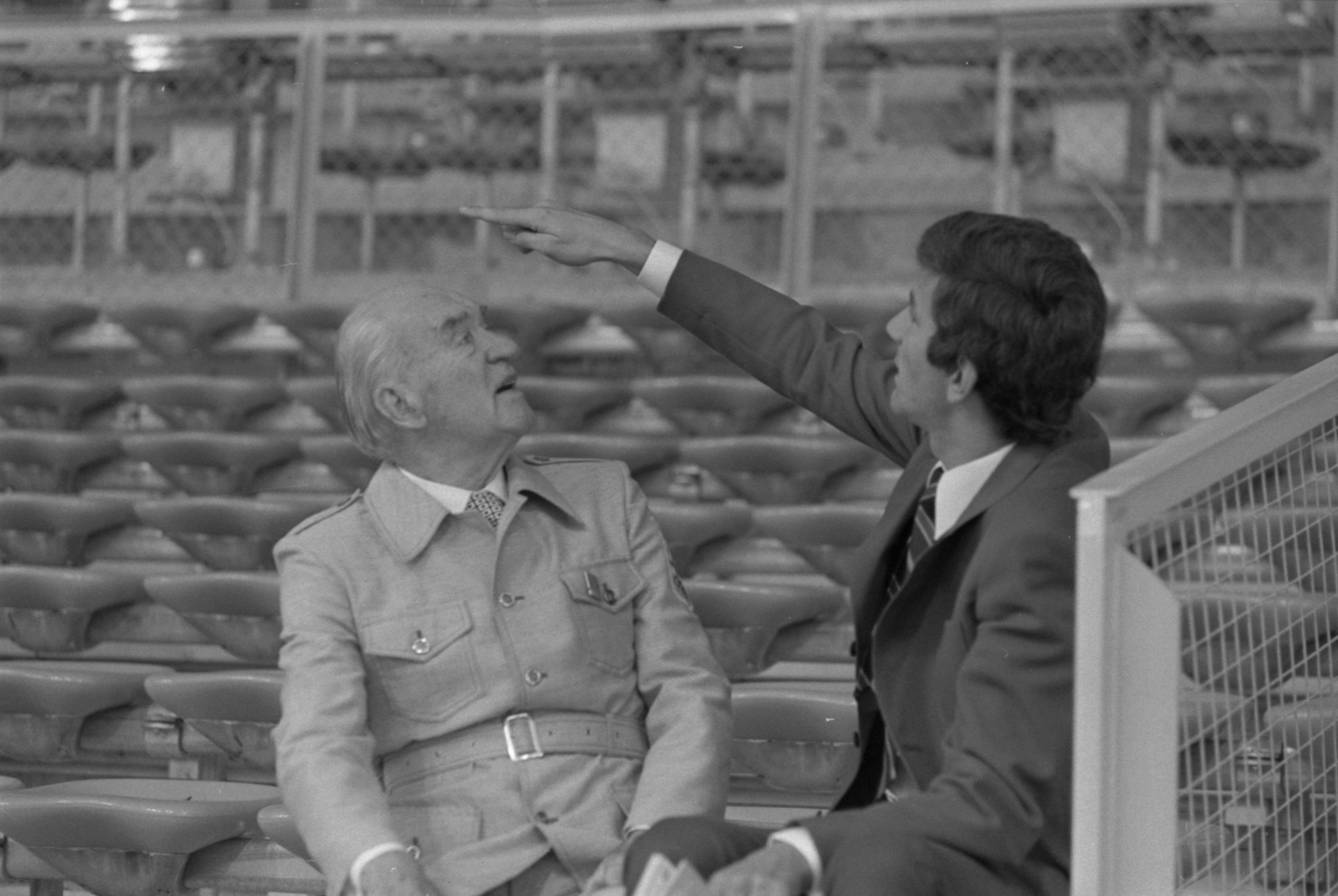 Places number 12 on the list of the most important sports leaders in the world published by the German magazine Sport-Illustrierte.

Dies at the age of 89 in Jorvi hospital in Espoo.